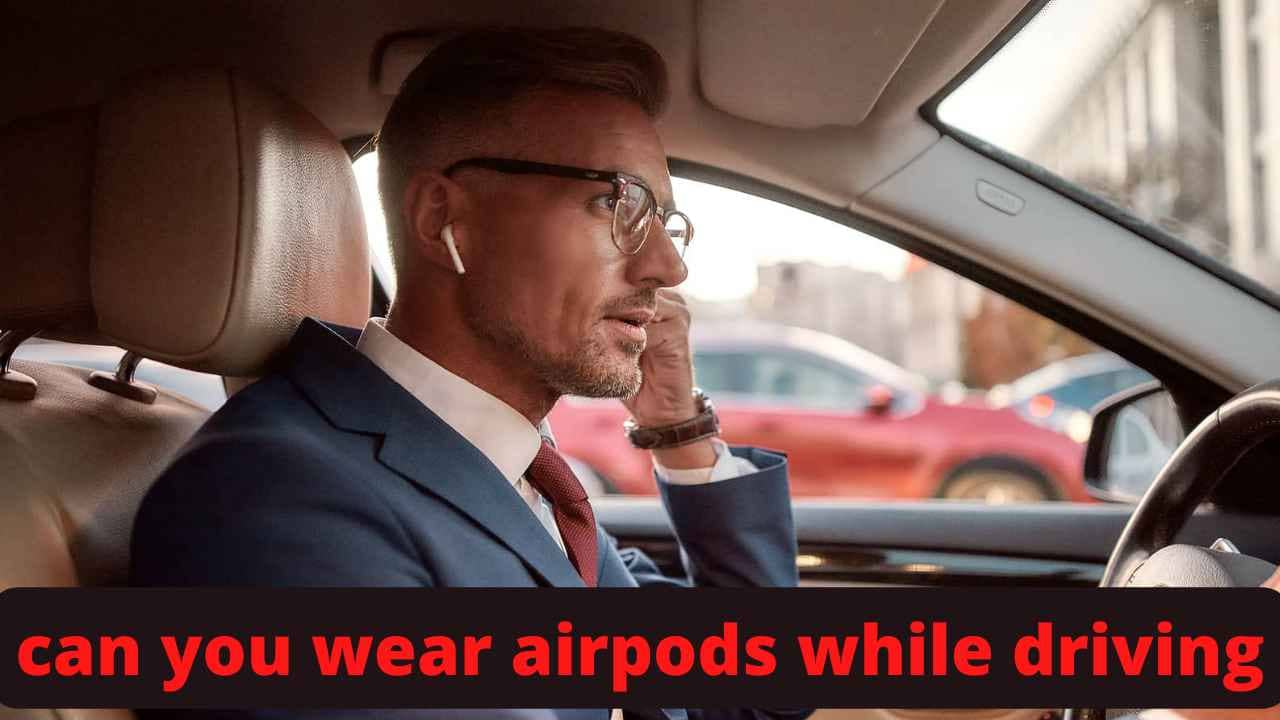 When you are using Airpods that have a noise cancellation feature that protects front any surrounding noise. Suppose, you are using Airpods while driving and all of sudden your vehicle come in a front of the vehicle that is in a great hurry, and due to your headphones noise-canceling feature you remain unaware of that busy vehicle and a road accident happens at that time. Oops!

Wearing AirPods during driving is usually prohibited by some states law but in a few states, it is illegal to wear AirPods. There is a great difference between prohibition and illegal. In this article, you will be able to know what is the difference between prohibition and illegal and also learn which states and countries make you allow to use AirPods and states that make it illegal to use headphones.

Today due to hustle and bustle of city life, road accidents are very common. Road accidents are dangerous not only for vehicles but also for pedestrians. So first try to avoid wearing headphones during driving but in case it is must to use AirPods then there are some conditions for using AirPods while driving.

Now, let’s discuss the terms and conditions for wearing AirPods during driving.

Conditions, you can wear AirPods during driving

Consequences of wearing AirPods during driving

Here are some results that you will encounter if you are using airpods during driving:

This is the first and most important disadvantage of using AirPods during driving. When driver is unaware of the surrounding world then it is sure that you will not only be stuck with a vehicle but also damage a pedestrian. Listening to music during driving makes it difficult to drive properly.

It is also important to know that there are some AirPods like Apple pro have an active noise canceling feature that prevents the surrounding sounds from disturbing you and hence the listener remain no more aware of traffic sounds. So you should avoid that type of AirPods.

If you are using AirPods during driving in such states where it is illegal to use airpods then in this situation you will have to pay the fine of $200 and if you will not going to pay the fine on time then you will also receive a hearing from court and to pay a double fine in case of delay in paying the fine.

If you are using airpods during driving then it will result in rash and reckless driving means to say that you are not a driver as you are not responding to your surroundings properly and in this case, you will also have to pay the fine for this.

States where wearing headphones is illegal

Here is a list of some states, where using headphones during driving is illegal.

These states make it illegal to use airpods during driving but there are some conditions as described above otherwise you have to pay the fine to Police it doesn’t matter your device was turned on or off and can also result in a road accident.

States where AirPods during driving, legal

The united kingdom UK and some states of the US make it is legal to use airpods during driving but for your safety, it is preferable to you only one AirPods at a time. Prevent those airpods which have noise cancellation features. These airpods make the driver unaware of is his world and result in a road accident.

You should also avoid AirPods having immersive sound quality as it will insert a negative effect on your ears. It will also distract you during driving. If you are driving in these states then follow the instructions for your own safety.

Listening to radio is allowed but to AirPods is illegal

In some states, headphones during driving are illegal but listening to radio is not prohibited. Does it make sense? of course not! Here is a point that AirPods is illegal but radio is allowed.

You can enjoy music on your radio but cannot listen to airpods. But in case you have to attend important calls then you should use a mic with your mobile phone. You can also use a mobile holder so that you can easily take your important phone calls.

Can I use headphones during driving?

It is safe to use only one headphone during driving and avoid headphones having active noise canceling feature. Follow the instruction not only for your safety but also to avoid road accidents.

Is it safe to use AirPods during driving?

Airpods during driving can distract you from traffic sound and make you unaware of the surrounding world. In case you have to attend important call then you can use only one airpods at a time and also in condition when your country makes it legal.

Can traffic tickets save you from fine?

No, it cannot save you from fine. It is a paper that is officially given to a person that he or she has driven or park the car improperly and fine will be paid by him/her.

Airpods are very crucial requirement of these days and especially you have to spend your large time in driving so in order to pass time more easily so listening to music is necessary. You can use your car’s radio for this purpose but if radio doesn’t suits your level then you can use headphones. But obeying of rules is first preference.

For using airpods during driving, there are some terms and conditions. Must follow them to avoid road accidents and other consequences like bad impact on your ears.

HUMAN LIFE is more important than temporary fun and enjoyment.

TAKE GREAT CARE  of yourself and also of the people living near you!

2 thoughts on “Can you wear Airpods while driving?”

Earbudsart.com is a participant in the Amazon Services LLC Associates Program, an affiliate advertising program designed to provide a means for sites to earn advertising fees by advertising and linking to Amazon.